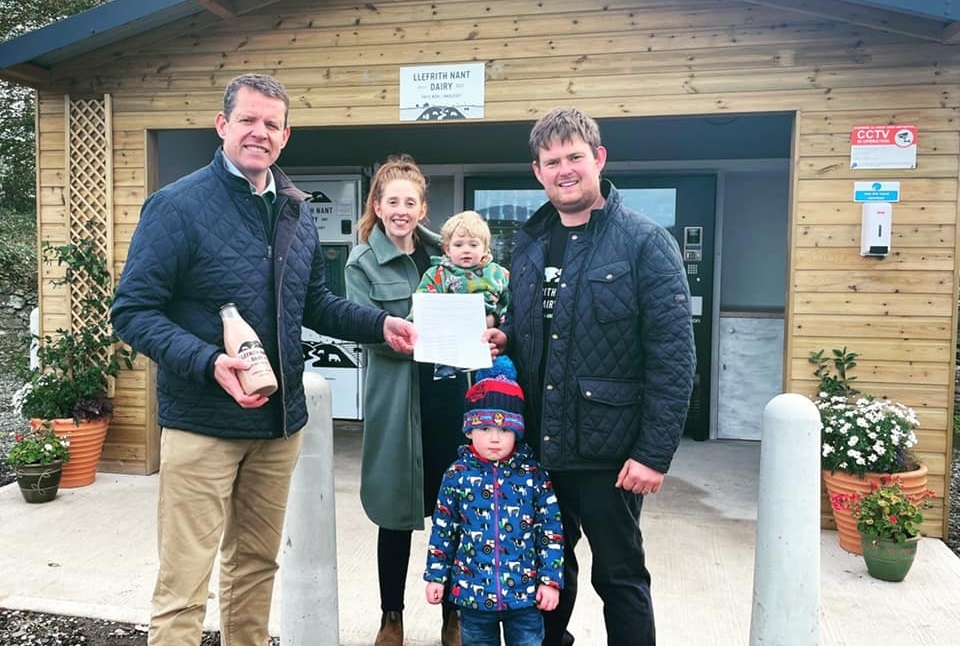 A farming family from Anglesey was supported in their efforts to keep a popular milkshake vending machine.

It had been proposed that the Anglesey Council planning committee deny permission to keep the already constructed wooden hut and hard area that houses Llefrith Nant in Neuadd, Cemaes.

But this afternoon (Wednesday) saw advisers turn down officers’ advice, unanimously backing the plans after citing the economic benefits and relatively small impact on the area of ​​outstanding natural beauty.

This included 252 letters supporting the maintenance of the facility, as well as another petition containing 3,312 signatures.

Last month, at the request of local elected officials, committee members instead opted for a “virtual” visit to the site to learn more about the site and its surroundings before making a decision.

The proposals to Neuadd had been presented by Gareth Jones of the neighboring Nant Y Frân family dairy farm, Cemaes, with the site operational since July.

While applicants do not own the application site, an agreement has been made with the landowner of Neuadd Farm with the development also creating full-time employment.

But the report compiled by the authority’s planning officers recommended rejecting the plans after citing policy violations.

These included claims that the proposal would lead to “the unacceptable and unjustified development of an isolated A1 point of sale in the countryside”, which would be contrary to town planning guidelines.

This despite the fact that the authority’s highway department made no objection.

Addressing the committee, Gareth Jones said: “Establishing a store in Cemaes would not have been feasible, parking spaces are difficult to find in winter but not possible in summer.

“Feedback has always been positive, with customers saying buying direct from the farm is part of the experience.

Responding to questions about why they decided to build the structure without a building permit, Mr Jones added that they felt it was imperative that the business be up and running in time for the busier summer season.

Planning officials said they believe such a facility should be based in Cemaes, also raising concerns about the future management of the site.

But local councilors Aled Morris Jones and Richard Owain Jones both spoke in favor of the candidates.

Cllr Ken Hughes went on to say, “The scale and design are very appropriate for the area and will not harm the area at all.”

Members did, however, agree to a proposal that permission would only be granted as long as Mr. Jones owned and operated the site, and would not remain in place in perpetuity.

Justifying the decision to approve, the unanimous vote was based on the support of a local rural business and the feeling that this would not negatively impact the north Anglesey area of ​​outstanding natural beauty.

As the members went against the advice of the officers, the request will be presented for final approval after a one month “cooling off” period.