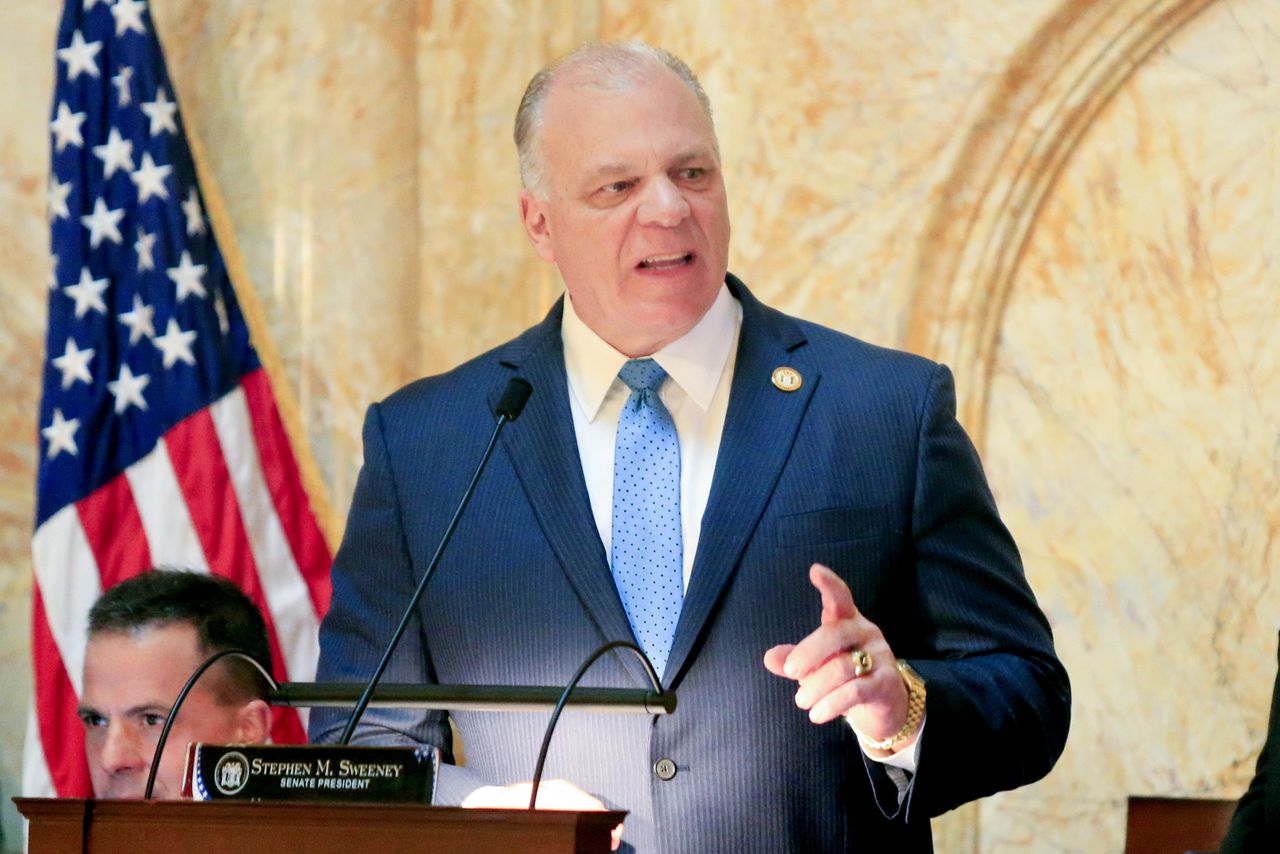 Supporters and opponents of the bill agree that it has the potential to restore the balance of power in contract negotiations by expanding the menu of terms of employment that can be negotiated and changing the rules of what happens. if unions and government officials come to a dead end deal.

While unions argue the new plan would finally level the playing field, groups like the League of New Jersey Municipalities and the New Jersey Counties Association say the legislation would tip the scales further, which are already in favor of unions in New Jersey. public workers.

“This is about respecting workers’ rights and protecting the ability of unions to represent them,” Senate Speaker Stephen Sweeney, D-Gloucester, who introduced the bill, said in a statement.

“It seems rushed, and I don’t know if some of the consequences have been fully controlled,” he said. “We are dealing with what is already an uneven playing field, and that only turns it even more towards the collective bargaining unit. “

The bill (S3810) would expand the list of items that can be collectively negotiated to include those historically left to the prerogative of management. The new definition of terms and conditions of employment would include things like layoffs, transfers and assignments, outsourcing and privatization, criteria for promotion and performance appraisal, disciplinary disputes and disciplinary review. .

Fran Ehret, regional director of the Communications Workers of America, which represents more than 50,000 state and local officials in New Jersey, told lawmakers last week that the bill “allows parties to explore cost-effective and creative solutions. to problems and to ensure the efficient delivery of public services.

The expanded scope of negotiations also protects workers, who “on several occasions” have agreed to negotiate matters that fall outside legally permitted bargaining topics, Ehret said, citing concessions the CWA made during the pandemic to avoid layoffs.

“Since the layoffs are technically non-negotiable, this agreement would not be technically enforceable and the employer would still have the right to fire workers,” she said.

Opponents argue that these changes amount to eliminating managerial discretion fundamental to the managerial capacity of government officials.

“This is the worst bill I have ever seen,” said John Donnadio, executive director of the county association. “It really is a horrible bill. It would just eliminate the management of the management. “

Urgent decisions to move workers to construction during Hurricane Sandy or health during the pandemic would have been the subject of negotiations under this bill, added Lori Buckelew, deputy director of the league.

“It’s part of the prerogative of management, to have the ability to manage your human resources to meet the needs of the organization,” she said. “It is now becoming negotiable. And how do you negotiate in the middle of an emergency? “

These provisions do not apply to public school teachers, although the New Jersey Education Association wants them to do so, spokesman Steve Baker said, adding: “Anyone who says it is not in the best interests of the taxpayers should forgetting that public employees are taxpayers.

“They need to be able to afford to live and raise families in New Jersey, like all working families,” Baker said. “Workers have the right to come together and advocate for better wages and working conditions. “

The legislation would also eliminate management’s “tax” power, also known as the “last best deal”. It is the authority that allows them to unilaterally impose a contract if they cannot strike a deal with non-uniform state and local workers.

“The employment issues will still have to be negotiated, but management will need to engage with the unions and cannot block them unilaterally,” Sweeney said. “It’s a matter of basic fairness. New Jersey has a proud history of respecting unions that we will fight to maintain. “

Eric Richard, legislative director of the AFL-CIO, said the removal of the power to tax promotes parity with K-12 teachers, who in 2003 obtained a ban for school boards from impose their latest best offer, and the police and firefighters unions, which go to the binding arbitration of disputes in the event of a deadlock.

This change means management and workers will have to continue negotiating and will continue to operate under the terms of their current agreement until they come to an agreement, he said.

But Donnadio argued that the “latest best deal” is an essential but rarely used management tool that acts as a protection for property taxpayers.

“These tools were put in place because management negotiates on behalf of taxpayers’ money,” he said. “We trade with other people’s money, so there have to be checks and balances. “

Less controversially, the legislation also builds on the New Jersey Workplace Democracy Improvement Act, 2018, which gives public unions here greater access to their members and penalizes public employers who encourage employees. to resign from their union membership. The law was passed in anticipation of a U.S. Supreme Court ruling that would cost unions the right to collect agency fees from public workers it represents but who choose not to join the union.

The decision against agency fees has made it even more important for unions to recruit and retain members, who have the choice of paying full dues or paying nothing at all.

Under the bill, unions can charge workers who do not pay union dues for representation costs in arbitration proceedings and can refuse to represent them if they refuse to pay.

“The Janus decision was a direct attack on unions, their members and all employees who might be harmed by the anti-union decision,” Sweeney said. “This legislation will help protect these rights so that workers can continue to do meaningful work on behalf of the public.”

The Senate Labor Committee approved Bill 3-2. Senator Holly Schepisi, R-Bergen, who voted against the proposal, said that while she supported the provisions reacting to the Janus ruling, she was concerned about widening the scope of the negotiations.

The future of the bill is uncertain. While the state Senate is due to vote on Monday, the Assembly Budget Committee removed the bill from its agenda last week.

Donnadio said city and county officials had made their frustrations known to members of the assembly, and Richard said negotiations in the assembly were underway.

Thank you for relying on us to provide journalism you can trust. Please consider supporting NJ.com with a subscription.

Samantha marcus can be reached at [email protected].

“Not really nervous”: billionaire Bezos prepares for maiden flight in…