WASHINGTON — National nonresidential construction spending fell 0.8% in March, according to an analysis of Associated Builders and Contractors data released today by the U.S. Census Bureau.

On a seasonally adjusted annualized basis, non-residential spending totaled $839.2 billion for the month.

“Even though levels of non-residential construction spending are significantly lower than they were before the pandemic, many contractors are reporting that they are operating at full capacity, according to ABC’s construction backlog indicator,” said said Basu. “It shows how tough the economic environment is getting, with contractors struggling with skilled labor shortages and exorbitant material prices. The high cost of providing construction services helps explain why more projects are stalled while owners are forced to wait.

“Circumstances may become easier or more difficult for entrepreneurs in the coming months,” Basu said. “The Federal Reserve’s increased efforts to fight inflation will eventually result in better pricing of key construction inputs. However, these same efforts will soften the economy. Many economists believe that a recession in America over the next 12 to 18 months has become virtually inevitable. So even if the provision of construction services becomes more affordable, the demand for construction services, especially private construction, might start to fade. 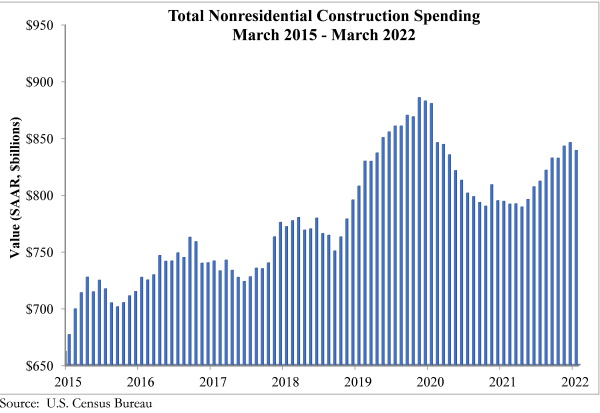