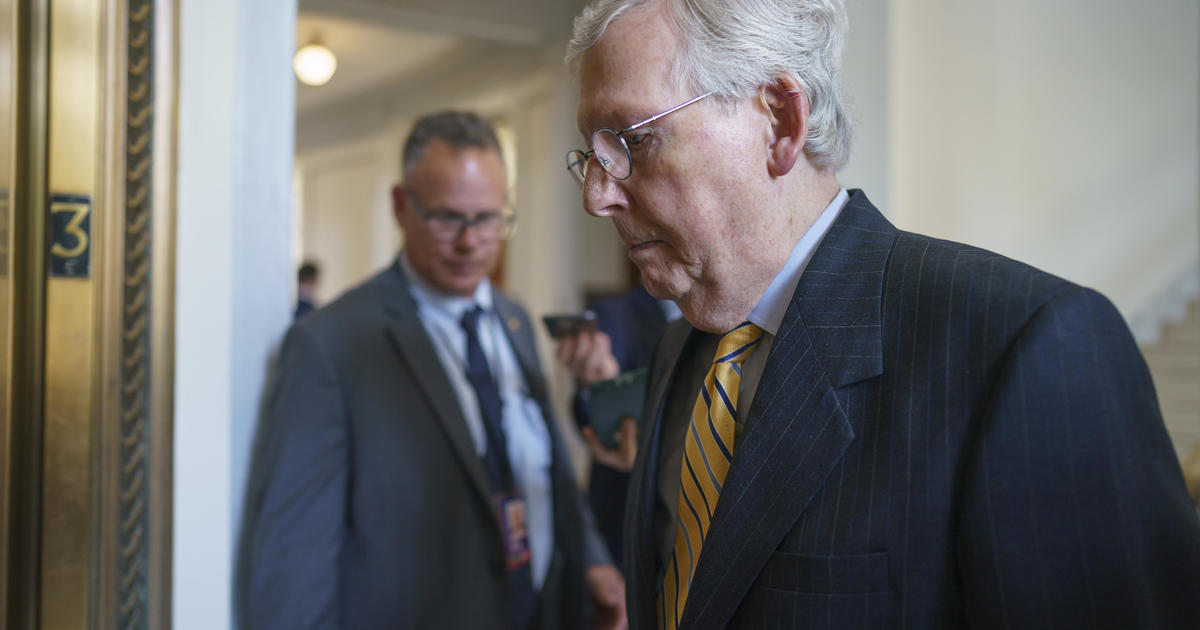 
Senate Republicans appeared ready early Friday to block the bill passed by the House creating a commission to investigate the January 6 attack on the United States Capitol. Although most Republicans appeared unified in their opposition to the bill, fearing that a commission would drag on next year and potentially affect the GOP’s chances of taking over Congress midway through 2022, a few some argue that there is a need to know more about the murderous assault by hundreds of Trump supporters.

Republican Senator Lisa Murkowski said Thursday evening it was “disappointing” that an independent commission does not appear to be in sight and criticized Senate Minority Leader Mitch McConnell for prioritizing electoral politics .

“To make a decision for short-term political gain at the expense of understanding and recognizing what lay ahead on January 6, I think we need to take a critical look at this. Is this really what it is, one election cycle after another? Murkowski said. McConnell has argued publicly that there are already ongoing investigations by congressional committees and the Department of Justice, rendering a bipartisan and independent commission redundant.

“I’m disappointed that we just haven’t been able to recognize that an independent commission would be an opportunity for us to have an independent review of this while we do our job,” Murkowski said. The Alaska senator is one of three Republican senators who have expressed support for moving the bill forward, and Democrats need 10 to move it forward.

U.S. Capitol Police Officer Eugene Goodman, who led a group of rioters away from the Senate Chamber on January 6, stood behind Murkowski as she spoke to reporters.

“The truth is a difficult thing, but we have a responsibility for it,” she said. “We just can’t pretend that nothing bad happened, or that people just got too aroused. Something bad has happened. And it is important to expose it.

Assault on the US Capitol


Before moving on to commission legislation, the Senate must complete its work on a bipartisan bill aimed at countering China’s growing global influence. This encountered unexpected obstacles, delaying consideration of the commission’s measure.

The Senate will resume Friday morning and consider dozens of other amendments before a final vote on China’s Competitiveness Bill. He will then presumably take up the bill on the commission.

The bill would create a 10-member commission split evenly among members chosen by Democratic and Republican leaders. Both sides would have the same subpoena power, and the commission will be tasked with issuing a report containing the findings of the Jan.6 attack by the end of the year. Much of the bill’s wording is copied from the 9/11 commission bill, which was passed by a majority bipartisan vote in the Senate in 2002.

Both parties called for the creation of a 9/11 commission following the the riot, when a crowd of angry Trump supporters invaded the Capitol while Congress was counting the electoral votes. But Republicans have backed down in recent months, saying their party should instead focus on resuming the 2022 congressional midterm elections.

“I guess now we’ll never know,” Murkowski said Thursday of unresolved questions about the Jan.6 attack. “Isn’t that part of the problem, that we’ll never know? It will never be solved. It will always stay there.”

Most laws require 60 votes to advance in the Senate, and Democrats only have a majority of 50 seats. Fewer than ten Republicans are expected to support the bill.

Several Democrats have called for the elimination of filibuster and see this bill as further evidence that bills should be allowed to advance by simple majority. But West Virginia Senator Joe Manchin, the most vocal Democratic opponent of eliminating filibuster, said Thursday that while it was “frustrating” to see Republican opposition to the bill, he was “not prepared to destroy our government”.

“You have to have faith that there are ten good people,” Manchin said of Republican support for the commission’s bill.

McConnell has repeatedly indicated he wants to move past Jan.6, telling reporters on Tuesday that he believes Democrats “would like to continue debating things that have happened in the past.”

“I think this is a purely political exercise that does not add anything to the information subtotal,” McConnell said of the legislation. The bipartisan bill, which passed in the Democratic-controlled House earlier this month, was negotiated in part by the senior Republican member of the House Homeland Security Committee.

Republicans have expressed concerns about the structure and scope of the bill, and they fear it will extend past its deadline and affect the 2022 midterm elections – despite the obligation in the bill for the committee to conclude its work by the end of the year. . Republican Senator Susan Collins of Maine is circulating an amendment to the bill and is expected to vote to move the bill forward so that she can deliver it. But even if changed, the measure is unlikely to receive the support of a sufficient number of Republicans.

“I think we are able to get to the bottom of this in a bipartisan way, and probably faster,” said Cornyn.

“If the amendment is accepted, you have a set of potential persuaders, including me. If it is not accepted, then you have another set, a smaller set of persuaders,” Cassidy told reporters.

As the vote approached, Republicans also came under further pressure from Gladys Sicknick, the mother of U.S. Capitol policeman Brian Sicknick, who died the day after hitting rioters on Capitol Hill on January 6. But not even a last-minute push from the mother of a deceased officer and current serving officers could convince most Republicans to change their minds.

Gladys Sicknick called for a meeting with every Republican senator Thursday “to discuss the importance of setting up the Jan. 6 bipartisan commission,” according to a copy of the meeting request obtained by CBS News. It met several senators who expressed their opposition to the creation of a commission as well as some supporters.

She was joined by Brian Sicknick’s girlfriend Sandra Garza in her meetings with some Republican senators, as well as former GOP congressman Barbara Comstock of Virginia, Metropolitan Police officer Michael Fanone and the US Capitol Police Officer Harry Dunn. Fanone suffered a heart attack and concussion in the January 6 attack, and Dunn has been called insults by several insurgents.

“Usually I stay in the background and I just couldn’t, I couldn’t stay silent anymore,” Gladys Sicknick told reporters after meeting Romney on Thursday morning.

Alan He, Rebecca Kaplan, and Jack Turman contributed to this report.