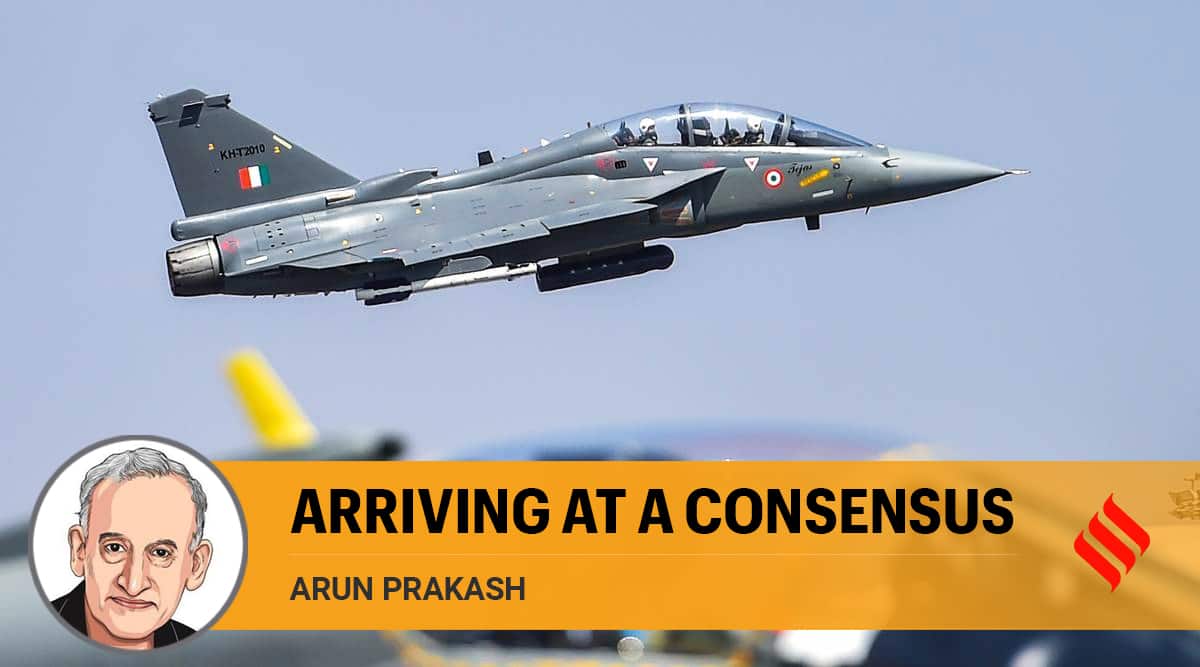 The conundrum that needs to be solved is the IAF’s certainty about the indivisibility of air power, versus the Army and Navy’s belief that aviation must be available to them, overlap and confusion, which led the US Congress to enact the National Security Act of 1947, which, in addition to the unification of the armed forces, created an independent US Air Force.

However, many resource issues as well as institutional boundaries have not been resolved and bitter internal struggles have erupted between the US Navy and the USAF over the “roles and missions” of aviation. Given the urgency to address these contentious issues, in March 1948, the US Secretary of Defense shut himself up with the department heads and together they found a consensus. This has been enshrined in the “United States Code of Federal Laws” and remains the legal basis for the roles and missions of the United States military.

In India, no such discussion has ever taken place and there is no mutually agreed or government mandated delineation of the roles and missions of aviation. Periodic “snipings” and even “poaching” have therefore taken place, leaving the IAF in the grip of a deep feeling of insecurity, for the reasons I mention.

The 1970s saw an acrimonious debate between the IAF and the Indian Navy (IN) over the discharge of the Maritime Reconnaissance (MR) role, which the Air Force inherited upon independence. The penetration of our waters in 1971 by Pakistani submarines, having put things right, the government decided to cede the role of MR and planes to the IN in 1976.

The Indian military, too, had demanded the creation of an integral air weapon, citing inadequate air support by the IAF in advanced areas. The matter became another interagency feud until the government intervened in 1986 and sanctioned the transfer of assets from the IAF to the new Army Aviation Corps. The controversy did not end there as the control of attack helicopters remained a subject of contention between the services.

The IAF, having seen sister services take ownership of its roles and assets, has remained cautious about the articulation. The concepts of CDS and integrated commands that would require air assets to be placed under non-IAF control are ringing alarm bells in air HQs. There are misperceptions on both sides of the “air power division”, and the urgent need of the day is for the leaders of the three services to sit around a table and reassure each other about the “roles and missions” of service.

Air power in the post-Cold War era has acquired a new aura. Based on the lethality and speed of modern air power, it is argued that once “air dominance” is achieved, the war is all but won. In this paradigm, close support to surface forces is not a priority because quick military victories can be achieved by air at minimal cost. However, these euphoric assumptions were based on recent conflicts where modern air forces using advanced technology encountered irregular forces.

India, on the other hand, faces well-equipped, motivated and skilled adversaries. The PAF, although numerically inferior, is a professional peer and has the assurance of Chinese support. The PLA air force is not only larger than the IAF, but has the advantage of an advanced technological base. In our calculation, therefore, we cannot afford to bank on a specific advantage, nor to talk casually about establishing “air dominance” over Pakistan or Tibet.

For too long, we have treated the delineation of air power roles and missions as a “holy cow” and avoided free and frank discussion. The facade of inter-departmental good nature has hidden a seed of discord that must be exorcised. The riddle that needs to be solved is posed by the IAF’s certainty about the “indivisibility of air power”, as opposed to the army and navy belief that the air force must be a resource. integral, available at their disposal.

The questions that military leaders will need to jointly address are: First, should the conquest of air dominance be an end in itself, replacing military and maritime strategies? Second, should air power be viewed as a mere instrument for achieving operational objectives on land, at sea and in the air? Third, is there a via-media that will maximize the synergy and combat effectiveness of the three services, perhaps by modifying the 2012 IAF doctrine?

Three final points should be emphasized in the closely related context of the joint commands currently being considered / formed. First, we must ensure that the allocation of air power is not done on an ad hoc basis, but stems from an integrated three-service plan. Second, the operational deployment of the command’s aeronautical assets must be managed on behalf of the C-in-C, by its 2/3 star IAF component commander. Finally, the government must specify that most high-level positions may eventually be occupied by officers from the three services. The logic of integrated commands should therefore not be dictated by the provision, to each service, of its “quota” of ranks / posts.

This column first appeared in the print edition on August 11, 2021 under the title “Arriving at a consensus”. The writer is a retired Naval Chief of Staff who flew with the IAF Fighter Squadron in the 1971 Indo-Pakistan War.